Say What? Pink Tax, Less Pay It’s All in a Day

By Cindy Pitts Gilbert Buford Weekly Illustrated 11/23/16
American’s are yelling foul.  The man who insulted and threatened their way of life is the most powerful man in the nation, with that comes fear. Has learned from mistakes? We can only hope. This isn’t a political article. It’s about women.  All women, who mother, want to mother, are in the workforce and those who stay at home. 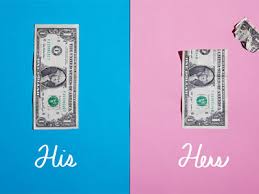 Women who stand up for themselves and are insulted, disrespected or called nasty names. Women who are meek and criticized for being  naive and trusting.  Women who are abused by men larger than them and you ponder, how can she stay, is she weak? Women who are raped and accused of asking for it or lying.

This is about manipulation and the ignorance that shapes what we believe in this world. We need to see through the games, be confident, believe that we are worthy. We need self esteem we must help others to have self esteem as well.  This is a difficult road ahead of us since this election. Our task is no more difficult than the road our fore-mothers paved for the right to vote .
What was said about women during the campaign, women now have to explain to our daughters and sons. Who you voted for doesn’t matter now. What women believe about themselves does.
Facts to consider; Women make 25% less than men for the similar jobs (usgovinfo.org.)  Women in heterosexual relationships still prepare most of the meals.  How often do we hear “Dad what’s for dinner?” Women complete  80% of the household and parental duties. Women spend more on the products and services, due to a pricing trend known as the pink or gender tax. On average women pay 7% more for similar products; shampoo, razors, blue jeans and deodorant that differ only in color, including pink toys.  Dry cleaning the same shirt costs more because of all the absurdities, the shirts do not fit on the press. Large retailers at (Forbes.com) show women’s pay more for senior care, baby care, health and hygiene. How do we be the change? Awareness is a start.

Refuse to purchase gender specific items when possible.  If it seems the same it probably is.  Be the example. Work for gender equal companies.   Men your sons need to believe that you believe that women are worthy of respect. Your daughters need to believe they are worthwhile.  And ladies, if a man holds a door open for you don’t ignore the gesture. Accept the sign of respect and say thank you. Because you are worth it.
Posted by Cindy Pitts Gilbert ~ Sister Knowitall at 11:15 AM No comments:

Play Review by Cindy Pitts Gilbert November 10, 2016
The Sugar Hill Players Guild began their last play of 2016 at the Buice School on Friday November 4.
In Holi-Daze, the Guild takes a step back in time to the golden age of radio. The 1930s and 40s were a simpler time, where people gathered around the radio to listen to their favorite programs. According to a 1947 C. E. Hooper survey, 82 out of 100 Americans were found to be radio listeners at the time.
Not unlike today’s television programming, live radio shows were complete with sponsors, a fancy word for commercials.  Often times the announcers would integrate commercials into the commentary by hosting recipe segments that promoted using Pet Milk or Kraft Cheese as ingredients.
The audience enjoyed a behind the scenes look at the entertainment of past generations. They had the chance to experience what it was like to be part of a live radio audience, complete with an “applause” light.  The costumes were era-accurate, from the tilted hats and wavy tresses down to the shiny, two-tone shoes of days gone by.
They enjoyed the melodramatic antics at the sound effects table by various actors, including Jennifer Lawler. Lawler, a seventh grader from Dacula Middle School, acted well beyond her age, adding hilarity while channeling Vanna White and Carol Merrill when displaying the sponsored products. The audience was left laughing at the corny commentary and ridiculous skits.
The cast for Holi-Daze included; Mike Richardson, Lindsey Sutter, Richard Sutter, Michael Wright, Susan Briggs, Carol Counter, Joyce Cutchins, Steve Embry, and Abigall Hyma.  The play concluded with a Jack Benny rendition recreating the first time the poem, “T’was the Night Before Christmas,” was read on the airwaves, read here by Terry Mulligan.
The playbill featured an extra treat in the form of a sing-a-long insert of Christmas tunes that the audience was invited to join in on with the cast.  Music was provided by the Sugar Hill Broad Street Concert Band.
You can catch future showings of the play on November 11,12 and 13 at the Buice Auditorium in Sugar Hill, Georgia.
Their upcoming 2017 Season will begin with 12 Angry Men. Check out their website pgatsh.com for dates, upcoming shows, and auditions.
Posted by Cindy Pitts Gilbert ~ Sister Knowitall at 8:42 AM No comments:


Conflict is inevitable in life. How  we deal with conflict and forgiveness either makes us healthier and happier or is toxic, make us miserable, and leads to disease.
What is your approach to conflict?  Are you a grudge holder or a get even vindicator? A bottler, avoider, or venter? Or perhaps you are the peacemaker. No matter which way you handle conflict there can be consequences for the actions we choose.  We all want to believe our way of handling a situation is the right way.  Everyone else is wrong  and we are justified in our anger. Maybe we feel justified when we feel we have been wronged, but it could be killing you.
How much time do we waste in our relationships living in a state of “un-forgiveness?” Who really gets punished more? Being angry at someone close to you is hard work. Not only do you feel angry for what they may have done to you, which is draining enough, but you then have to  contend with the loneliness of keeping up the good fight.
We sit around on our high horse of righteousness and, honestly, we miss a lot of joyful moments with the person who upset us. Let’s say you get angry with someone at work for repeating something you said in confidence. They tell someone else and you find out.  Do you have a right to be mad? Yes, of course. But how long do you stay mad and how many others have to suffer right along with you and the one who offended you.  They get to hear you complain but they also have to deal with the awkwardness of the situation.
I have a saying I use all the time: “Let the punishment fit the crime.”  How long or how loud does the punishment go?   Some people will hold a grudge for weeks for some simple offense while others will have their say and move on. We do feel justified when we are wronged, yet why do we feel justified until everyone around us is punished equally for our hard earned anger?  Do we get angry at work and take it out on family? How about the silent treatment for those who have offended? Are we so obvious in our grudge that we make others at work or home equally uncomfortable?
How about our  inner circle? Are they held more accountable for our feelings than those who may be just acquaintances?  People are human and we all make mistakes. We all learn what is right and wrong. I’m not talking the big betrayals, like cheating, lying or causing real harm, or those who keep hurting us over and over. I’m talking about the daily routine conflicts.  Aren’t we responsible for our own reaction to any given situation?
Science has proven that those who hold grudges or bottle their emotions are much more likely to die younger from the stress hormone Cortisol (the fight or flight hormone) than those who vent and release. When Cortisol is present in the body, the feel good hormone, Oxytocin, cannot exist.  Oxytocin is what mother’s feel when breast feeding and what a really good hug feels like. Those who cannot forgive and move past a situation hold onto Cortisol, causing inflammation to build up in the body.
Inflammation leads to disease and disease to pain and eventually death. The longer you hold onto your anger the more physical damage you are doing to your body.  Forgiveness is really more for you than the person who wronged us. So much time wasted  getting in our own way.  We get mad at someone we care about for some offense and everyone loses.  Take the healthy approach: just let go of the little offenses that are part of being human. Give the people in your life a break, especially yourself. Smile more than frown or your face will stay that way.

Posted by Cindy Pitts Gilbert ~ Sister Knowitall at 8:31 AM No comments: